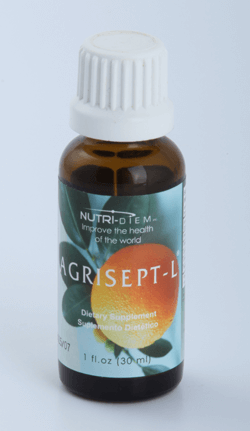 Grapefruit seed extract, or GSE, is an extremely useful, non-toxic, health-enhancing extract. It has many practical applications both topically and internally (in both cases diluted).

The grapefruit tree was first discovered in the Caribbean island of Barbados and was brought to Florida in 1823 for commercial cultivation. It wasn’t until 1919 that a physicist born in Yugoslavia, Dr. Jacob Harich, discovered and brought his insight about GSE to Florida.

First it was examined as an anti-parasitic. It was then researched for its ability to preserve/protect fruits and vegetables as it inhibited not only parasitic infection but also fungi and bacteria. By the 1990’s, GSE was being widely recommended for use by holistic health care professionals in order to protect the body from undesirable microorganisms.

GSE has since been found to protect against a broad spectrum of bacteria including, but not limited to, salmonella, staphylococcus, streptococcus, and E. Coli. It can also strongly inhibit many types of fungi and yeast. One of its most common applications is for Candida Albicans (excessive yeast), leaving good flora in the system untouched (due to its low pH level) while destroying the bad.

There are some common external uses for the extract, including mouthwash, cold sores, acne, head lice, athlete’s foot, nail fungi and warts. As an added benefit when used as a wash, GSE has been known to preserve meats, fruits and vegetables by killing molds, fungi, and more while clearing insecticide and herbicides (chemicals used to kill insects and weeds) found on our produce.

As a final note: the antiseptic action of GSE makes it an effective product for cuts and wound as well as washing dishes and utensils. In fact, many hospitals in the United States use GSE as a sanitizing agent.

Be the first to review “Agrisept” Cancel reply