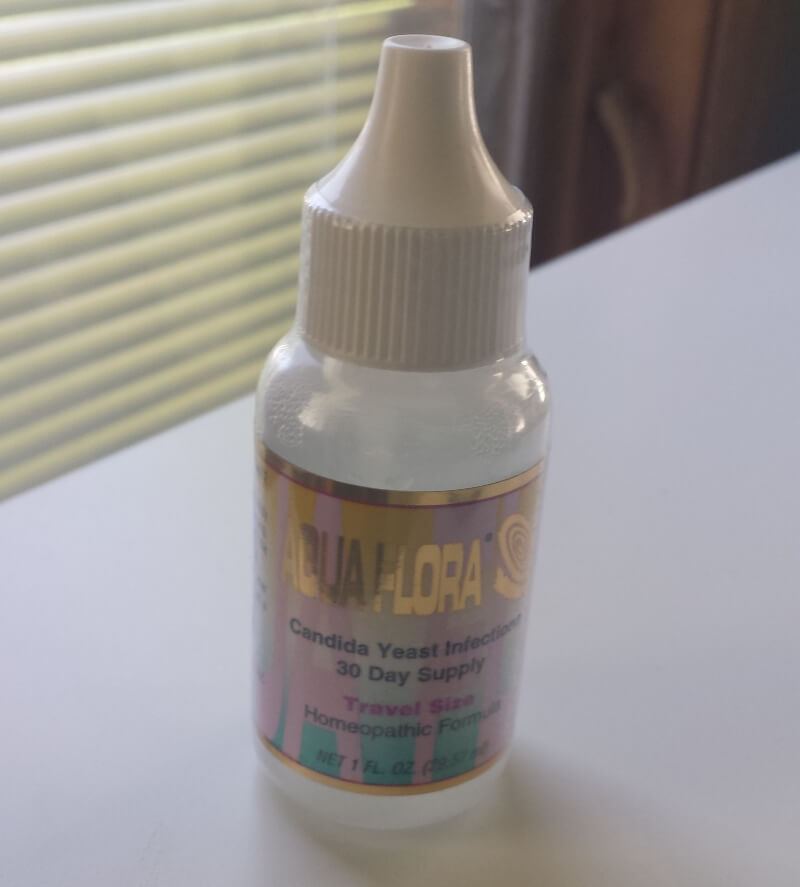 Ingredients: Active Ingredients, Official HPUS Homeopathic: Candida Albicans, 30C HPUS and Purified Water Warnings If pregnant or breastfeeding, ask a health professional before using Seek medical advice if currently under medication or if symptoms do not improve after completion of program Suggested dosage is 5 drops 3 times a day 20 minutes away from meals and fluids.

Do you have Candida? Below is a simple home test you can do that indicates Candida overgrowth.

It is estimated that approximately 80% of the population suffers from an overgrowth of Candida Fabians (Candidiasis), yet their symptoms are rarely attributed to the serious condition that is now epidemic. Aqua Flora uses the latest scientific approach. It is a homeopathic remedy that has been infused with the specific vibrational frequency that kills Candida overgrowth, yet it is harmless to the rest of the body.

Muscle and/or joint swelling and pain

Many factors lay the unhealthy groundwork and set up the internal “terrain” for Candida overgrowth. Authorities familiar with the problem of Candida overgrowth, point to causative factors such as stress, poor diet (especially those high in simple sugars and refined carbohydrates), toxicity, alcohol, steroids, heavy metal toxicity, birth control pills, and the extended use of antibiotics.

Each of these factors can produce an imbalance of unhealthy microorganisms in the intestinal tract by killing the “good” bacteria and leaving an overabundance of Candida yeast organisms. As the cells that normally keep Candida in check are overwhelmed, the Candida then “takes over.” It proliferates in the gastrointestinal system, and can cause numerous unpleasant health imbalances such as yeast infections, thrush, fatigue indigestion, forgetfulness, and allergies to chemicals, pollens, and foods. It is also believed that toxins from the Candida cells and protein molecules provoke an antigen/antibody reaction in the body, which can cause even more allergic reactions.

People with immune-deficient diseases such as rheumatoid arthritis, diabetes, chronic fatigue syndrome, and psoriasis are even more susceptible to Candida overgrowth. Their weakened immune systems have difficulty maintaining a healthy balance of good bacteria, which is the first line of defense against Candida overgrowth.

Be the first to review “Aqua Flora” Cancel reply